This is a 4-year project finaced by The Research Council of Norway under the Transport 2025 programme. The project is led by Møreforsking Molde, with Molde University College, The Institute of Transport Econmics (Oslo), Gothenburg University (Sweden), TNO (The Netherlands), Liverpool John Moores University (UK), Wuhan University of Technology (China), Edinburgh Napier University (UK) and University of Newcastle (UK) as project partners. 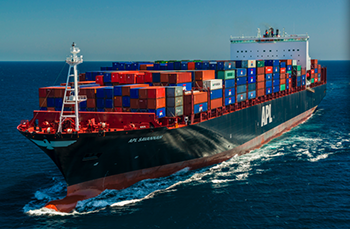 A lot of the manufactures sold by European retailers have their origin in China, and are transported in containers to Europe. The typical way this is done is that each manufacturer in China sends full containers to the European distribution point, where cargo is crossdocked into trailers or units destined for the final retailing point in European countries. After cross-docking much of this cargo is lost for the maritime transport business. If we could combine cargo from several Chinese manufacturers at a cross-docking facility in China - to prepare full containerloads for each retailing point in Europe, then the likelihood of those shipments being made by ships also on the last leg will increase. This will in turn relieve congested European road networks and reduce emissions from freight transport.

View all works in Cristin

Responsible for this page